“There is no sincerer love than the love of food.” 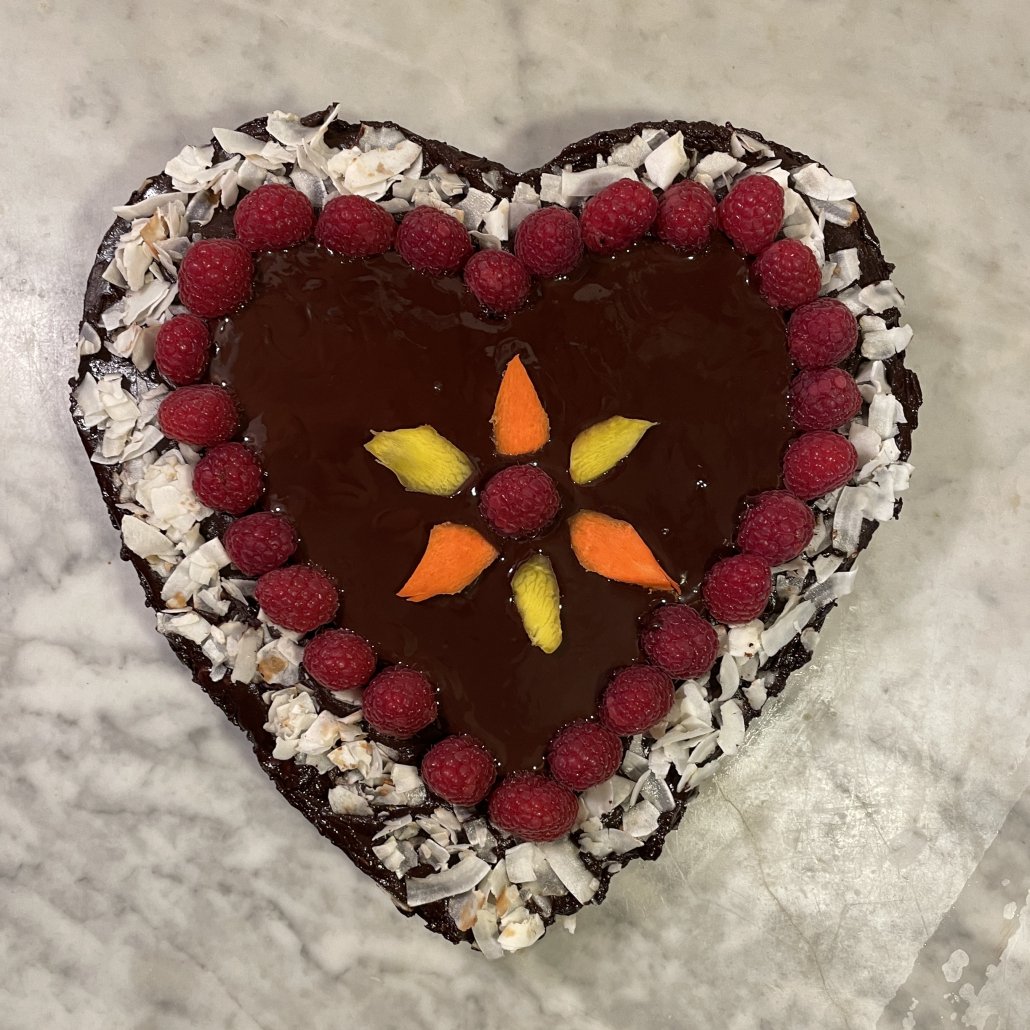 This Valentine’s Day forget about sprinkling powdered rhino horn on your sweetheart’s salad. It doesn’t work as a love potion unless you are severely malnourished and protein supplements of the keratin (hair/nail/horn) variety will build up your strength sufficiently to allow your body to think of ardor.

Besides, rhinos are endangered and there are less expensive protein sources available. However, Spanish fly, made from the ground up blister beetle, should not be one of them. While this product may produce an ongoing (though non-functional) erection in men, it is reported to be an unpleasant experience that may cause death as well as many painful sensations. The Marquis De Sade poisoned two prostitutes with Spanish fly and their discomfort was so severe they jumped from a window to their deaths in desperation. This was one of the charges that sent the Marquis to prison. 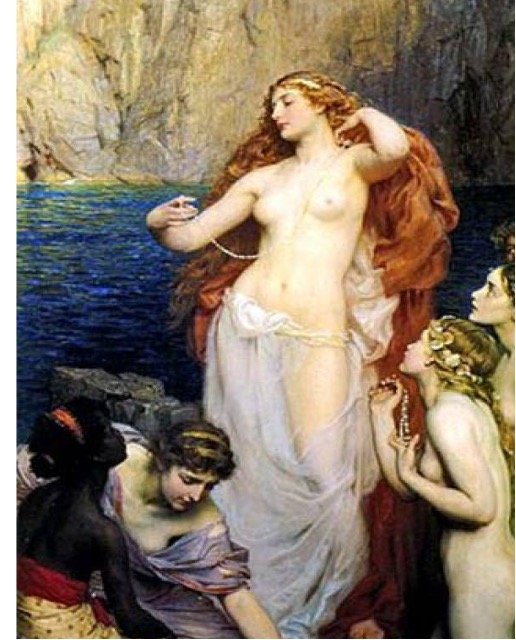 The Pearls of Aphrodite’ (1907) by Herbert James Draper. ( Public Domain )

The quest for aphrodisiacs has been with us for as long as the quest for the fountain of youth. Aphrodisiacs were named after the Greek goddess of love, Aphrodite, and there are many different cultural beliefs concerning what foods are effective inducers of sexual passion. 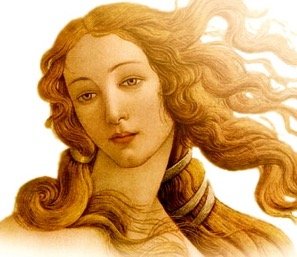 The Romans had their own goddess of love, Venus, who had additional duties related to gardens and plant reproduction. Aphrodite is said to have emerged from the sea in Cyprus and Venus in Italy where the artist Botticelli made a famous painting of her emerging from a large clam shell.

In China, there are gender specific aphrodisiacs often aimed to slow men down in their lovemaking so they would absorb more of the yin of female essence.

On a more symbolic level, foods that resemble sex organs such as oysters, clams, asparagus, leeks, and carrots have also been used as aphrodisiacs. Eggs, nuts, and fruits, because of their reproductive associations and sensual appearance, are also widely tried as love potions. Some people have thought that human courtship behavior is enhanced by eating animals known for their amorous mating conduct such as pigeons.

The plant world is well known as a source of drugs and chemicals. Because of this, plants have been extensively used as aphrodisiacs. Ginseng has been a popular aphrodisiac in Asia for centuries and is one of the few plants that has been scientifically tested for its effect. While it may not necessarily make one more prone to physical love, it does increase energy levels.

and has few toxic side effects, unlike the mandrake root that can cause death if taken in too high a dosage. Mandrake, a member of the potato family, makes one drowsy and relaxed if taken in small doses. Mandrake is also known as a hallucinogen and witches partook of brews that include mandrake root to put them in a hypnotic trance.

Some plant foods create physiological reactions in humans when they are consumed. Chocolate contains chemicals thought to elevate the mood as any chocoholic will attest. Hot peppers mimic some of the more embarrassing effects of being in love by making us sweat, turn red, and salivate. Herbs and spices such as pepper, garlic, and ginger expand the blood vessels which increase our sense of well-being.

One thing is clear given the multitude of foods claimed to have aphrodisiac powers over time. The mind can act as an amazing sex organ and if one believes a particular food will increase their ardor, it very well may.

One of the earliest spring festivals began in ancient Rome on February 15 to honor the pagan god of agriculture and shepherds, Lupercus.  The story begins with a fight between two brothers Numitor and Amulius, each competing to be King of the ancient town Alba Longa before Rome became a city. To ensure that his brother had no heirs to the throne, Amulius made Numitor’s daughter, Rhea Silvia, a Vestal Virgin. However, the god Mars fell in love with her, and she gave birth to twin sons, Romulus and Remus.

Amulius ordered his servant to drown the babies in the Tigris River. However, the servant had compassion and put the babies in a basket on the river not knowing if they would survive. They washed ashore and were rescued by a female wolf, who nursed them in a cave, so the story goes. The twins were then found by a shepherd and his wife who raised them. The boys eventually found out who their biological (and divine) parents were but ended up like their dad and uncle – in a fight with each other as they squabbled about the height of the wall they were building around a new city. Romulus ended up killing Remus and became the founder of Rome. At the time wolves were a danger to the flocks and Lupercus protected early Rome from them. A festival was held each year to honor him and ensure the fertility of new crops and life.

Romulus and Remus being nursed by the She-Wolf

The Lupercalia was first held in the cave where Romulus and Remus were nursed by the she-wolf. It was a time to celebrate spring, purification, and fertility. Sacrifices to the gods were made by killing a goat and dog. Their skin was cut into strips and dipped in blood. The boys, known as the Luperci, would chase the girls and gently hit them with these strips, called Februa, to ensure fertility for the human population and crops as well as “purify” the females from their sins.  The month of February is derived from Februa to represent a period of purification and redemption from sin. Houses were cleaned as part of this process and grains saved from the previous year’s harvest were strewn on the floors for a bounty harvest.

This was also a time to celebrate spring and the fact that the earth was coming alive again as plants and animals were growing and reproducing after the long winter. Birds engaged in mating rituals during this time as did people. Young women put their names in an urn and the young men would draw a name to determine who would be their sexual partner for the coming year. Cupid, son of Venus, goddess of love and beauty whose magic arrows would strike the hearts of mortals and gods alike,

and make them fall instantly in love with the first person they saw, was honored. Games were played along with music and feasting on the foods of spring.

After Christianity became established as a religion, the priests were uncomfortable with the pagan rituals and tried to ban these celebrations to no avail because the people had an intrinsic need to continue them. A pivotal event occurred during the reign of Claudius II, an emperor dedicated to expanding the Roman Empire. He realized that men who had wives and families were reluctant soldiers and banned marriage during his brief rule (268 – 270 A.D.). Claudius also worshiped the pagan gods. A priest, Valentinus, secretly married couples and preached Christianity rather than honoring the pagan gods. Claudius found out about this and sentenced Valentinus to death.

While in prison, the jail guard’s blind daughter befriended Valentinus. She brought him food and flowers while he prayed for her sight to be restored. As he was sent to his beheading, on February 14, 270 A.D., he wrote the girl a note expressing his love for her and signed it, “From your Valentine.” As legend has it, her sight was suddenly restored. Valentine was sainted and was proclaimed the patron saint of lovers for marrying couples against the wishes of the pagan emperor.

In 498 A.D. Pope Gelasius decided to allow the Lupercalia to be co-opted from its original meanings and replaced the pagan traditions with Christian symbols and associations. Instead of honoring the god of agriculture and fertility, the people were to honor Valentine, a priest who was sainted. The tradition of drawing the name of a woman from an urn to love during the year was replaced with choosing the name of a Saint and honoring and emulating them for a year.

The foods associated with Valentine’s Day have evolved over time but generally fall into three categories: the first foods of spring; foods that resemble human reproductive organs or symbolize fertility in the plant/animal world; and foods that have chemical/nutritional properties that give us a sense of well-being. Many of these foods are in more than one category. As the Spice Trade and Age of Exploration advanced, so did the variety of foods for love.

The foods of spring include fresh greens, cherries, berries, artichokes, and fresh herbs. These foods are packed full of vitamins and minerals, a welcome addition after the winter months. Foods that resemble human reproductive organs or symbolize fertility are oysters, clams, carrots, asparagus, leeks, eggs, nuts, and fruits and whole grains. The Aztecs thought the avocado resembled testicles and banned virgin girls from eating them. Foods that create a physiological response when eaten include chocolate, ginger, garlic, coffee, and wine (if in small portions), spices, and hot peppers. Hot peppers, garlic, ginger, spices, and chocolate stimulate the nerve endings and release endorphins for a sense of well-being. Seeds and nuts are rich sources of Vitamin E which is necessary for healthy blood cells and fertility.

Chocolate is the food we most associate with Valentine’s Day in modern times because the industry seized the marketing opportunity early on. In 1870 Cadbury created its first heart shaped boxes of chocolates elaborately decorated with satin ribbons and lace for Valentine’s Day. An entire industry arose with printed cards to send to loved ones with poems and decorations. The flower industry also seized the opportunity to have flowers sent to sweethearts. Conversation hearts with messages such as “be mine” became popular in the late 1800’s as they were fun to read and easy to distribute. 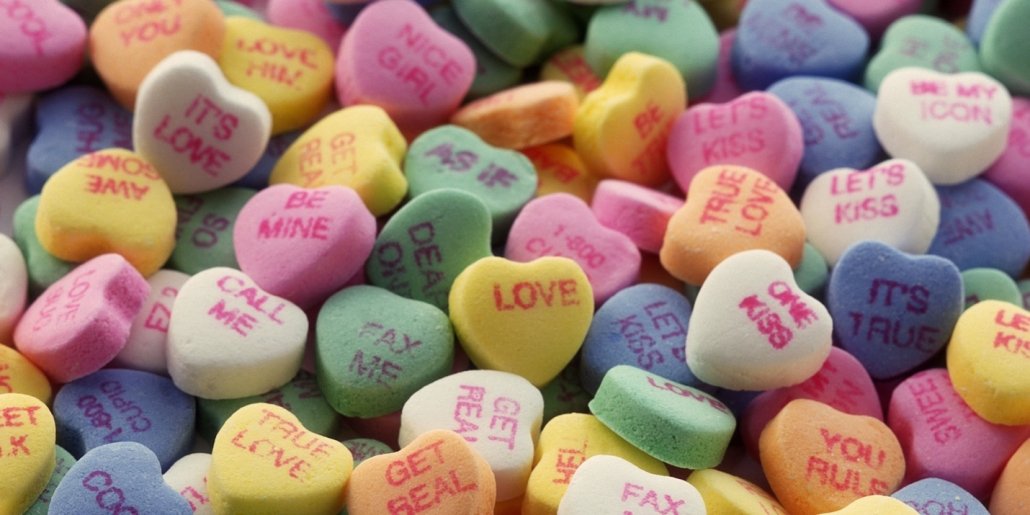 The vestiges of Valentine’s Day that remain today can be linked to early traditions. Sending cards is linked to the note Valentinus is reputed to have left to the young woman he befriended before his execution and signed, “From your Valentine.” The expression that “in spring a young man’s fancy turns to love” can be linked to the spring fertility festival of Lupercus. College campuses still carry on this ritual during the pagan-like behaviors exhibited by young men and women during spring break. What has eroded over time is the variety of foods that we honor during this time. 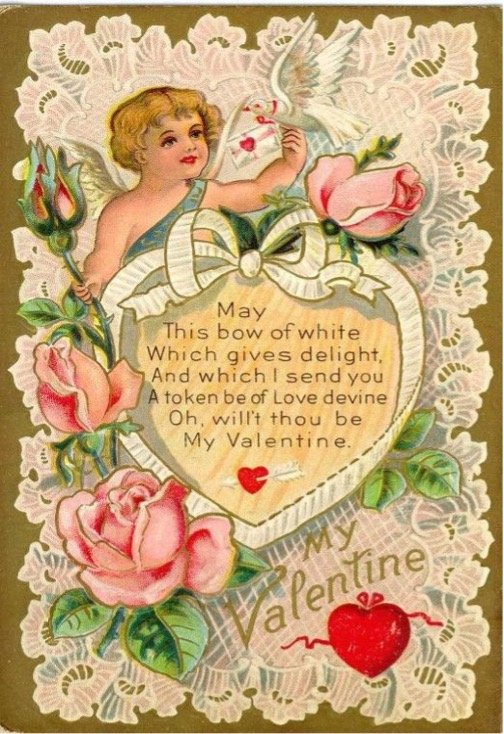 The fruits and spices in these recipes have all been used as aphrodisiacs (From Horizon Cookbook).

Leeks have bene widely regarded as an aphrodisiac. This recipe, as well as the two following it, comes from Medieval Europe and was published in Madeleine Cosman’s Fabulous Feasts.

In a large pot, combine water, sugar, and all spices. Bring to a boil and gently simmer for 7 minutes. Remove the cloves. Finely grate the lemon peel and reserve it. squeeze the juice from the lemon. Add the pomegranate juice and lemon juice to the spiced hot fluid. Bring to slow boil, then simmer 2 minutes. Serve warm with garnish of grated lemon peel for each glass. Or serve cool, garnishing with peel and a small wedge of fresh lemon. 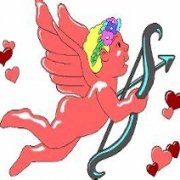 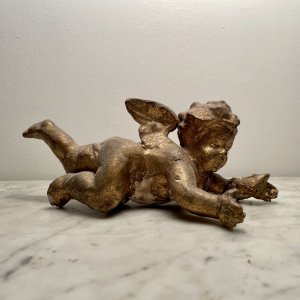