For over 4,000 years, the ancient world developed calendars related to agricultural or celestial events such as the flooding of the Nile in Egypt or the vernal equinox in Rome. It was not until Julius Caesar got his mathematicians and astronomers in 46 BC[1] to figure out a calendar that would not vary depending on the position of the sun or moon that January 1 became New Year’s Day for most of the world. The New Year was a time for new beginnings, paying off debts, reflecting on the past and resolving to do better in the future. It was also a time to prepare special foods that would bring good luck and good health in the coming year and predict the future.

There are many traditions around the world that use food to symbolize good luck and prosperity in the new year. In Italy lentils are eaten on New Year’s Day because they look like gold coins. In Japan on New Year’s Day long noodles are slurped so they won’t be broken to represent longevity.

In the American South, black-eyed peas are eaten on New Year’s Day to bring luck and prosperity in the new year. There are many regional variations of black-eyed pea dishes, which often includes greens, some form or pork for flavoring, and in the South Carolina low-country, rice. This post features Hoppin’ John, a Carolina low-country dish which is traditionally made with field peas (a smaller variety of cowpea), rice, and pork. Field peas are hard to find outside the Carolinas, so Hoppin’ John is usually made with black-eyed peas outside of that region. Hoppin’ John is a one-pot meal, making the preparation and clean-up simple and easy.

It is believed that black-eyed peas bring prosperity because of their round shapes that represent coins. Hoppin’ John is often served with collard greens and cornbread, which both symbolize prosperity based on their green and golden colors representing paper money and gold. Sometimes, a coin was added to the dish or placed under a plate before serving, and the person who gets the coin is assured good fortune in the coming year. The origins of the name Hoppin’ John are unclear, but one theory is that people were so excited to eat this dish, they hopped around the table in anticipation!

The star of Hoppin’ John is the humble black-eyed pea. Black-eyed peas are worthy of celebration due to their stellar nutritional qualities. They are actually a legume, high in protein, potassium, and fiber, while containing no cholesterol and very little fat or sodium. Despite their nutritional value, historically, some people thought black-eyed peas to be livestock feed unfit for human consumption, hence another name for them is “cowpeas” since they were fed to cows. Other names include field peas, whippoorwills, Jerusalem peas, Tonkin peas, and Marble peas. They have a subtle earthy, nutty taste and a firm texture.

Legumes have long been thought of as “the poor man’s meat”. Because of their many benefits, they deserve to be re-branded as a superfood. Not only are they full of nutrients, but legume plants also fix nitrogen in the soil which improves soil health and plant growth. Legumes are easy to harvest and store over winter months without refrigeration in most cases. Encased in pods that split open when ripe, they are seeds that contain the nutrients the plant needs to grow if given proper soil, water, and sunlight.

Black-eyed peas are native to Africa, unlike most legumes which are indigenous to the Americas. They were brought to America in the 1600s, along with other indigenous African crops such as rice, okra, yams, melons, and sesame seeds, otherwise known as benne seeds. These foods have had a big influence on American agriculture and cuisine. Legend has it, West African women braided black-eyed pea seeds into their hair before being forced on slave ships. This ensured they would be able to grow and eat a familiar favorite food in their future.

Exactly how black-eyed peas came to symbolize good luck is unclear, but one likely explanation is linked to West African folklore surrounding the “evil eye”. People would carry a black-eyed pea in their pocket to protect themself from the curse of the lurking evil eye. Similar beliefs are shared in Greek and Mediterranean cultures, where people wear an amulet of an eye to ward off the glare of the evil eye.

Rice was brought to the United States from the Rice Coast of Africa, now Senegal, Gambia, Guinea-Bissau, Sierra Leone, and Liberia. The South Carolina coastal region became a huge rice plantation that specialized in Carolina Gold rice which became famous worldwide. It was the agricultural expertise of enslaved West Africans that made the rice industry possible in America.

Nutritionally speaking, the combination of legumes (beans and peas) and whole grains (such as rice, corn, and wheat) provide a nutritional powerhouse that have many advantages such as being economical, easy to prepare and grow without taking up as many environmental resources such as land and water as the majority of animal foods do. Most cultures have their own versions of rice and beans, with very different flavor profiles ranging from Hoppin’ John and red beans and rice in the U.S., variations of rice and peas throughout the Caribbean, beans and tortillas in Latin America, lentil dhal and rice in India, to rice and soy-bean combinations throughout Asia.

Our wish is for 2022 to be a year of health, peace, and good luck for people and the planet. Happy New Year! 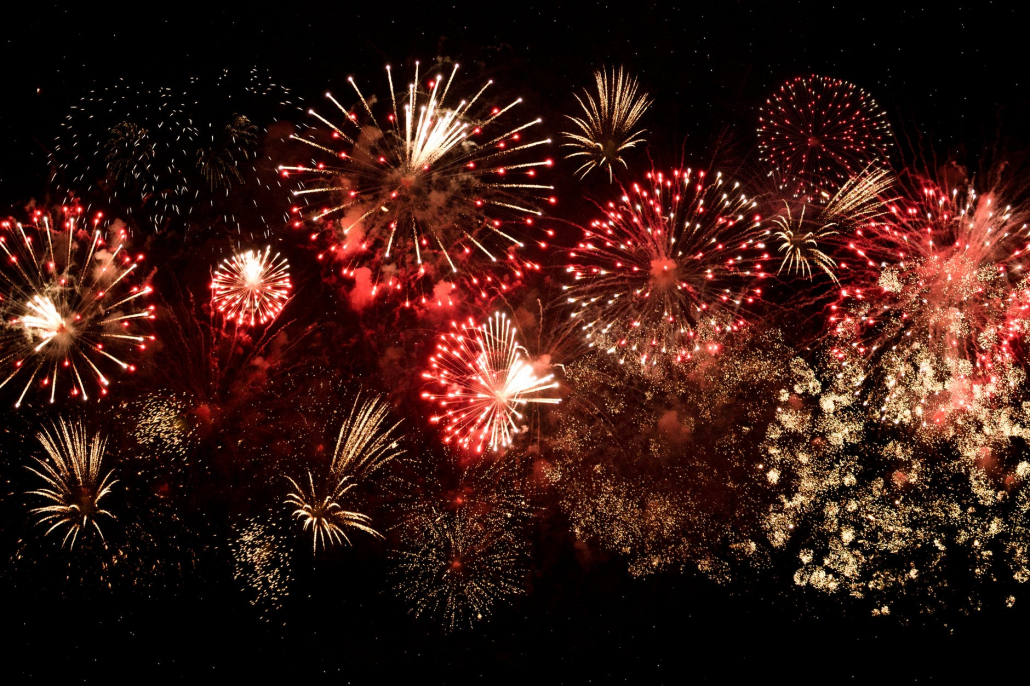 Start the new year off right with our super healthy version of Hoppin’ John. We omitted the pork, added collard greens, and substituted brown rice. Enjoy!

How to make Hoppin’ John

How to Make a Gingerbread House