Celebrating Back to School

“The tendency is to cultivate a spirit of refinement and cheer” 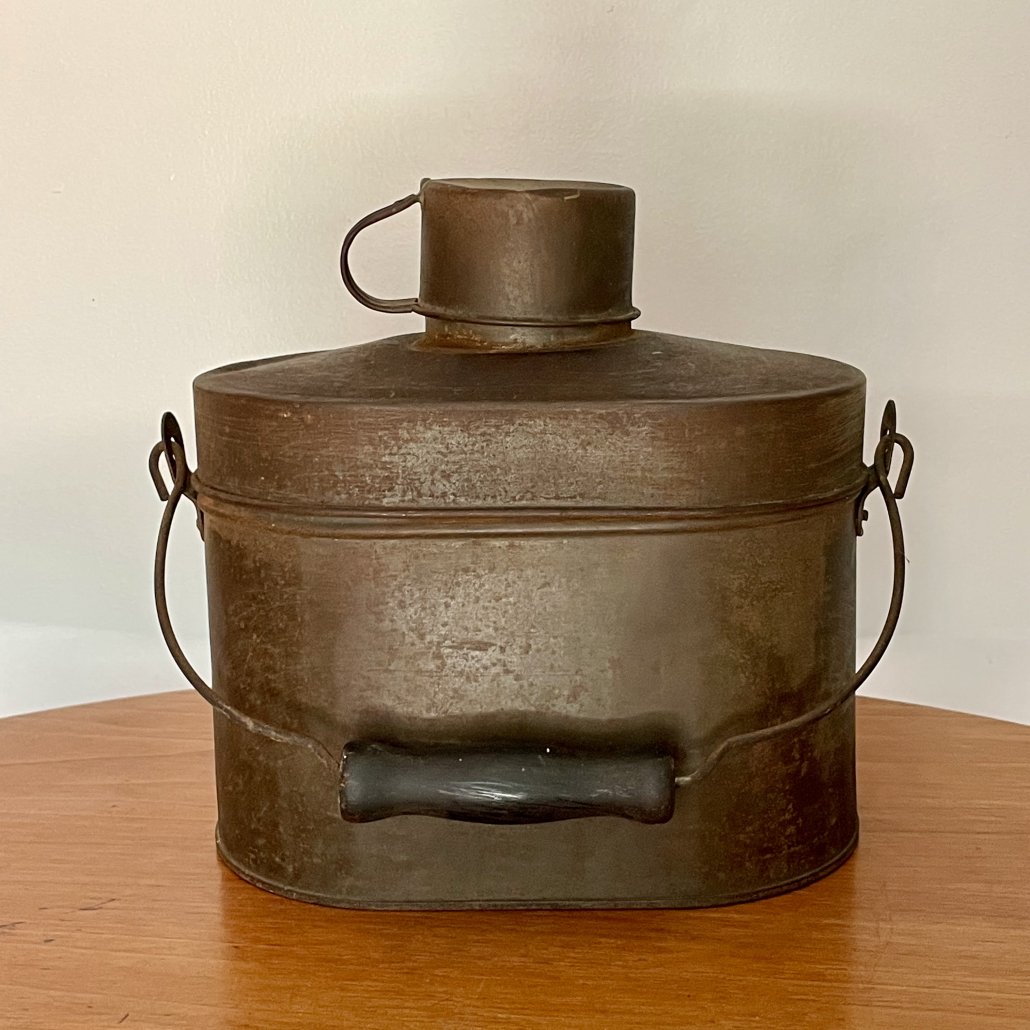 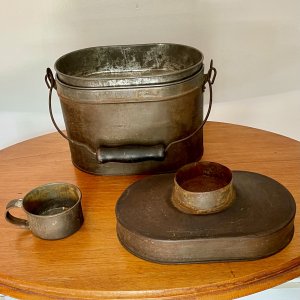 Until 1820 in the United States, the main meal of the day was eaten at noon, and it was called dinner. Working class people would start the day with a hearty breakfast and break for the main meal at noon. Hard physical labor was a fact of daily life. By mid-day calories had to be replenished if the day’s work was to be done. Supper was a light meal in the evening and usually consisted of soup. This schedule has been and still is the case in much of the world. It makes nutritional sense to provide the body with energy before work is to be done rather than consuming the most calories just before bed.

This tradition was changed around 1820 in large part due to the industrial revolution and the fact that an increasing number of workers no longer worked on farms. Employers did not want to pay for the time it would take their employees to go home and eat the midday meal. Consequently, the workers ate a meal at noon on site so they would not lose valuable work time. This necessitated packing a dinner pail in advance for the noon meal.

The working class and farmers had few options if they wanted to be nourished during the workday. This was important for those doing hard physical work who needed to keep hydrated, especially if they were working outdoors. Many did not have the option of going home for lunch, there were few restaurants and no available water nearby. This required advance planning if they wanted to eat during their workday.

The practice of eating a midday “dinner” was continued among the rural population until the turn of the century and is still practiced by some. The mid-day “dinner” posed a special problem for those who could not eat at home. It had to be packed and eaten at the work site. The dinner pail was designed for this purpose. It was usually made of tin and often had compartments for various items. Agricultural workers carried their dinner to the fields. School children ate dinner in the classroom. A whole new industry eventually grew from this tradition as the unadorned dinner pail eventually evolved into the more appealing lunch box complete with commercial art of the era on the cover and thermoses for beverages and/or soups. Children were able to have lunch boxes with their favorite movie or cartoon characters featured and this became somewhat of a status symbol. 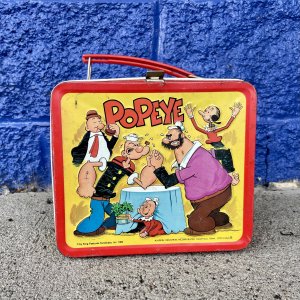 Dinner was meant to be hearty fare full of calories to sustain people for the rest of the day. However, this was a problem for the poor. They could not afford to pack lavish dinner-pails, and this was made apparent when public education became mandatory. The problem of malnourished children was a national concern that could not easily be ignored. Primarily because of this reason the school lunch program was initiated so that children were fed from on-site school kitchens and the poor could eat for free because of the School Lunch Act of 1948. It was no longer necessary to pack a meal because the school kitchen prepared a meal and served it on a compartmentalized lunch tray. 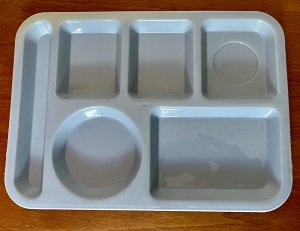 Students still had the option of bringing their lunch from home and some chose to pack them in paper bags rather than metal lunch boxes.

One interesting problem was encountered in rural schools, which generally did not have facilities for kitchens. Usually, students lived too far to go home for meals.  Though they came to school with their dinner pails packed, the food would often be cold or frozen by the noon hour since many kids had to walk up to six miles just to get to school no matter what the weather was. During winter the lunch would freeze on this journey so became very difficult to eat.

To solve this problem the stove used to heat the school became a stove that could heat the food. Only those students who arrived with their dinner pails were able to thaw their meal. If the child arrived at school with little or no food, they couldn’t eat unless others shared their food. An alternative which was more democratic since it ensured that everyone got something warm to eat, was to request that the students bring in an item from home for the common pot.  Those with greater means might bring in a piece of meat, others some carrots or potatoes; if the family could spare nothing, the child was still fed.  The older girls, under the supervision of the teacher, would then create a soup or stew, and all would partake equally.

In her book, The Rural School Lunch, 1919, Nellie Farnsworth stated that boys should participate as well as girls in preparation and clean-up of the lunch.  The dignity of work, especially work around the house, was stressed.  The social significance of eating together was valued:

“The tendency is to cultivate a spirit of refinement and cheer”

Farnsworth realized an advantage frequently overlooked by having students consume their meal with their teacher:

“Useful knowledge is gained.  Besides having stories told at the table, the teacher may often direct attention to the foods that are served.  The history of rice, the manufacture of macaroni or the production of cocoa may be made most interesting as well as instructive.  Pupils may use the information thus gained in their compositions later on.  Besides such knowledge, the value of system, counting the cost and selection of foods may be impressed” [2] (Farnsworth.:  21-22).

Though we are far removed from the school meal of the early 1900’s there are many things we could learn from their approach and attempts to socialize students by having discussions with teachers or other adults during the meal. When one thinks of the lunchroom of today, “cultivating a spirit of refinement and cheer” does not come to mind. In fact, when I did my Ph.D. research at the Trumansburg Elementary school in rural upstate NY in the 1990’s, I took a decibel meter into the lunchroom to measure the level of sound. My research took place in a school with paid adults monitoring behavior in the lunchroom. The noise level, despite attempts to keep it low, was equivalent to heavy traffic at rush hour, over the 90- decibel level limit. In NY State we now have a noise ordinance law that is posted on the highway as one enters a new town or village. If this law were in effect when I did my research, the cafeteria would have been in violation of the law. Lunchtime is usually the first opportunity other than playground time for students to talk to each other. The noise level is typically so loud that adults dread cafeteria duty and some schools resort to bullhorns to communicate to students. 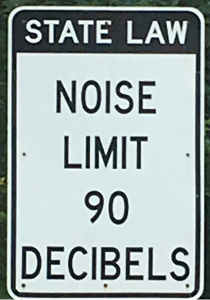 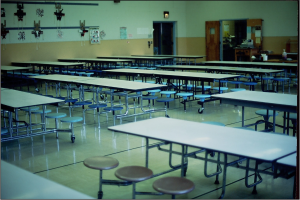 We need to re-examine the eating environment of the school and the messages students receive as a consequence. We undervalue the significance of mealtime as an opportunity for socialization and nourishment by allotting little time to eat in a noisy, often chaotic environment. I would love to see the eating atmosphere of the school reconsidered so that students could have a leisurely meal in their classroom with their teacher or other adults such as senior citizens so they could learn the art of conversation, manners, and learn oral history from elders in a quiet setting. The value of engaging students in hands-on, participatory learning ventures was recognized.

“The spirit of co-operation will be destroyed unless each child is given a part to perform.”

Emma Smedley, a Philadelphia contemporary of Nellie Farnsworth, wrote a book in 1920 on The School Lunch. Ms. Smedley, representing an urban environment, viewed the lunch program as a milestone in social progress.  She stated that:

“It is not to be a mere appendage of the educational system, it should be closely linked with the work of the school, one of its arteries through which the active blood of co-operation runs.  The departments with which it may be correlated are:  Domestic science, School gardens, Vocational classes, and the Medical department” [4] (Smedley:  145-46).

Smedley also saw food as a way for people of different ethnic backgrounds to be exposed to healthy foods from other cultures.  Immigrants to the United States often could not find the same foods they were accustomed to in their native land, and sometimes their choices of new foods were not based on sound nutrition.  By using the school lunch program as a model of good nutrition which also adapts to healthful ethnic cuisine, an opportunity was made for the vital link of home-school communication.  Smedley believed that recipes should be sent home so the parents could use them and that schools should get into the business of selling lunches to the growing core of working mothers, thus providing the community with a valuable option. This model could result in the school cafeteria becoming a small business providing a service to the community and a learning opportunity for students, especially if healthy ethnic foods were featured to promote acceptance of other cultures through their foodways.

Not all school meals were prepared in school cafeterias or came from home in metal lunchboxes or paper bags. Bento boxes from Japan were developed in the 12th century as a way for farmers and laborers to take food to the fields.  Bento boxes have compartments which separate different food items from touching each other and are modeled after toolboxes that had sections for different sized hardware such as nails. The design of the bento box can become a work of art and they provide a fun way to pack a meal that can resemble an abstract painting. 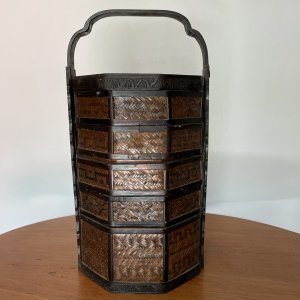 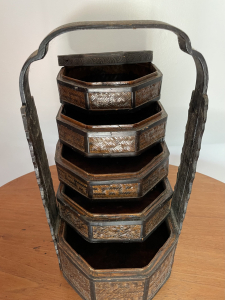 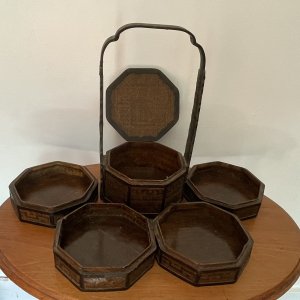 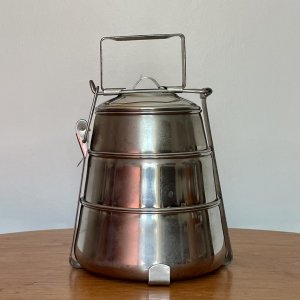 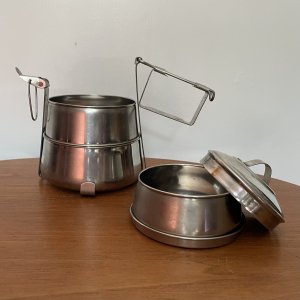 Likewise, India developed the Tiffin box to transport food that could be eaten directly from the container. It is of interest to note that most cultures have foods that are in edible wrappers first meant to be taken out to the field and eaten as the mid-day meal. These foods do not require utensils in order to eat them. They are foods in their own edible packages and most cultures have developed delicious portable foods in their own wrapper.

It is said that sandwiches were invented by the Earl of Sandwich in 1762. An avid gambler, the Earl, during one of his marathon card games became hungry but did not want to stop gambling so ordered his assistant to bring him a slab of meat between two pieces of bread so he could continue his game without dirtying his hands.

No matter how one transports their meal, it is important that basic understanding of food safety is adhered to, to prevent food poisoning and bacteria contamination. We now have many options in terms of thermoses and ice packs. However one transports their food it is wise to keep it fresh, delicious and safe. Plant based foods that are not cross contaminated provide an easy solution to many safety issues. But most of all, the meal should be packed with love, be beautiful to look at and appetizing to eat, and, on occasion, be a vehicle for fun, unexpected surprises that keeps the interest of the diner! 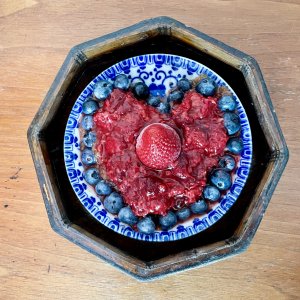 Fruit tart with dried fruit crust made from hydrated dates and prunes, raspberries and blueberries packed in bento box section.